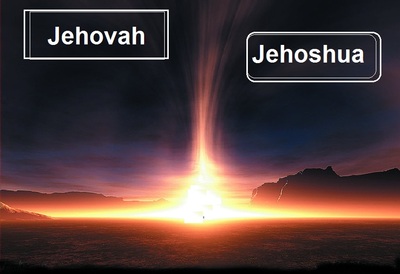 Call upon “Jehovah” and His Saviour

The Jews looked forward to a Jewish Messiah
that would be sent to them by Jehovah God.
This Messiah would bring Salvation to them.
He was to be Jehovah’s means of Salvation –
hence, he would bear the name “Jehoshua”
which means Jehovah’s Salvation.

All this information was snuffed out by the
Romans when they attempted to blot out the
Jewish Connections to Christ.

The Romans made Christianity their state religion
shortly after the Apostles died.  The Romans
corrupted Christianity to a great degree, by
destroying Christ’s connections to Judaism and
replacing them with pagan religious teachings
and holidays.

Correctores were hired to alter the bible in
thousands of places – in an attempt to distance
Christ from his Jewish heritage.  The name of
Jehovah was replaced by “LORD” or “GOD”.
Other scriptures were also deleted, added or
altered in order to support the new state religion.

And so we have a truth
that needs to be identified.

“And it shall come to pass,
that whosoever shall call
on the name of Jehovah
shall be delivered…”
(Joel 2:32)(ASV)-BibleGateway

“…in the name of (Jehoshua) Christ
the Naz·a·rene´,  whom YOU impaled but
whom God raised up from the dead,
there is no salvation in anyone else,
for there is not another name under heaven
that has been given among men
by which we must get saved.”
— (Acts 4:10,12)

“Only (Jehoshua) has the power to save!
His name is the only one in all the world
that can save anyone.”
(Acts 4:12)(CEV)-BibleGateway

“…for they shall cry unto Jehovah
because of oppressors,
and he will send them a saviour,
and a defender, and he will deliver them.”
(Isaiah 19:20)(ASV)-BibleGateway

“…At the time that God has already decided,
he will send Jesus Christ back again.”
(1Timothy 6:15)(CEV)-BibleGateway

“Jehoshua” has been designated
as the messiah we shall call upon

JEHOSHUA   DECLARED :
“I have come in My Father’s name
and with His power…”
(John 5:43)(AMP)-BibleGateway

“Originally, the name of the Messiah
was

, pronounced Yehoshua.
This is the Messiah’s original name,
and meant ‘Jehovah is salvation’.
It is quite evident that the modern
form “Jesus” does not even remotely
resemble the original name that the
disciples used.. This is fact. “
-Encyclopedia Americana
(Vol.16, p. 41)

“Jehoshua” means
‘whose help is Jehovah’;
‘Help of Jehovah’
or ‘savoiur of Jehovah’.”
-Smith’s Bible Dictionary
under ‘Jehoshua”

“Jehoshua not only means
‘Jehovah is salvation’ –
but also suggests deliverance…”
— Luke:
That You May Know the Truth
by R. Kent Hughes – 1998

“Messiah’s original name was “salvation.”
This was…Jehoshua, “the salvation of Jehovah.”
-The Book of Joshua
by George Frederick Maclear – 1897

“The name (Jehoshua) derives its
greatest importance and highest sanctity
from the fact that it was sacredly chosen
as the name to be borne by the Messiah.
This name was corrupted and altered in time
into the name Jesus.”
–Personal Names in the Bible
by Dr. W.F. Wilkinson, M.A.
Joint Editor of Webster and Wilkinson’s
Greek Testament:  pages 342-343.
(Vol. 10  p.149)